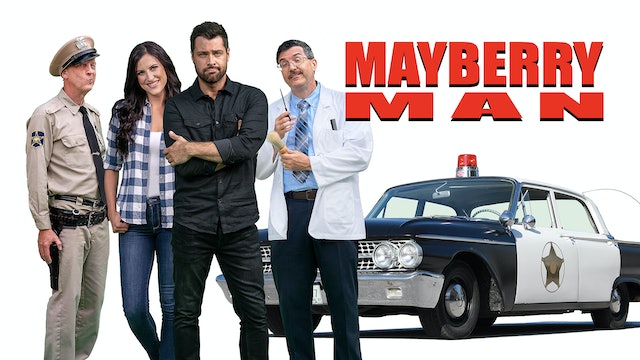 Mayberry Man follows an arrogant movie star forced to spend a week at Mayberry Fest, a festival celebrating The Andy Griffith Show. Surrounded by Mayberry fanatics including colorful tribute artists pretending to be characters from the show, he is given the chance to discover what Mayberry Spirit is all about. The touching, light-hearted story plays homage to the classic television series through replica sets, vintage wardrobe, Mayberry squad cars and other period vehicles, plus a film score that includes music from the original series by renown composer Earle Hagen.

Right-click this and copy the link address.

Watch on your Television

Watch on your Computer